This is Part II of our Literature Review series. Part I: How to Judge Impact Factors lays the foundation for the focus of this post. If not you’re already familar with accessing impact factors for journals and researchers, give it a quick watch (it’s only 5 minutes) or read the edited transcript. This video and post will focus on:

How to make sure I found the most appropriate papers (by topic), and enough of them (how much is enough?).

Thanks again to AstraGlacialia on Reddit for raising the question. If you would rather read, I’ve provided an edited transcript below.

First, a brief disclaimer: the analysis I’m going to do here is not perfectly quantitative. It’s really just estimates within a rough order of magnitude, and is really more about trends. In that way, you can apply what I’m talking about to any field (as far as I know). 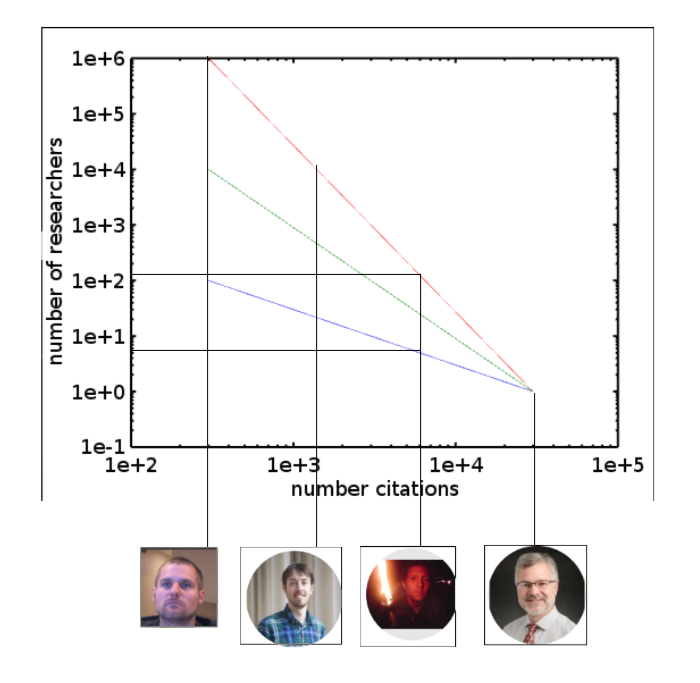 I plotted it here for varying values of the parameter N, which defines the distribution. It’s typically between 1 and 3 depending on the field you’re looking at, the subset of journals that researchers published in, etc. The Pareto principle applies to citation numbers for a given paper, not just for a researcher. 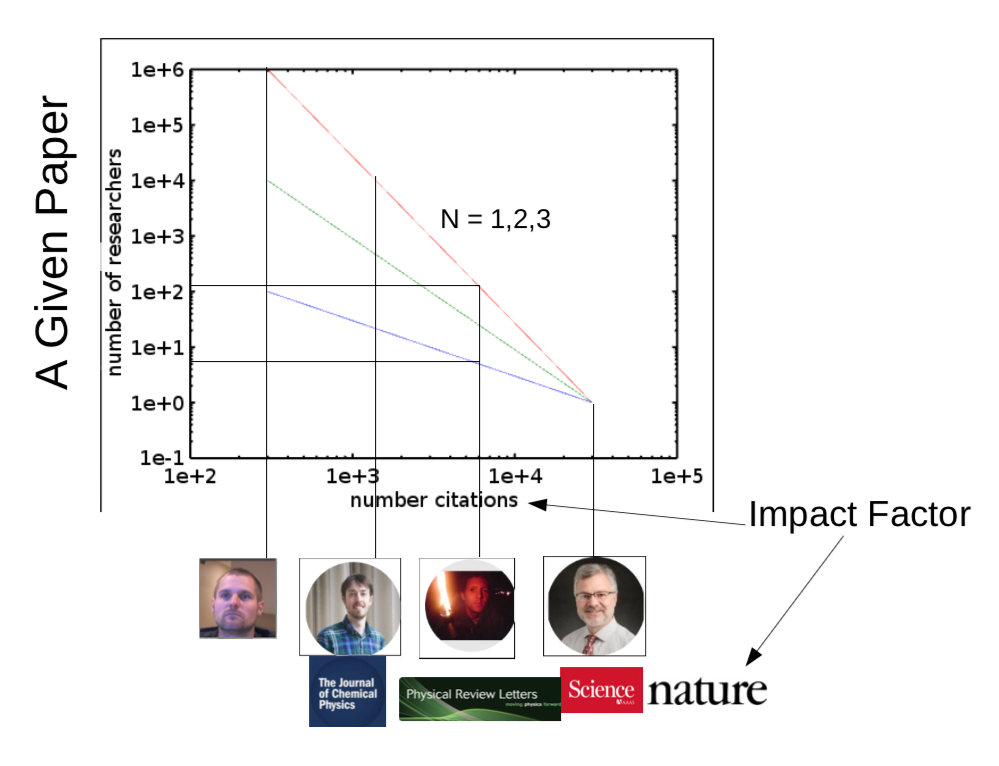 Also important to note, on the y-axis, lies a given paper and a number citations it would recieve. That distribution is also more or less Pareto distributed. Meaning, a very small number of papers have a very large number of citations while most papers2 have very few3. Further, the number of citations is correlated to impact factor. For example, David Cahill has lots of citations and also happens to publish in high impact journals. These attributes are all related.

If we take all of these things that are correlated and draw them out in a top down fashion. We find that the highest impact institutions (in STEM fields: MIT, CalTech, Stanford) have the highest impact researchers. They publish lots of papers with lots of citations in high impact journals.

David Cahill is at the top of this hierarchy. My former advisor might be in the next layer. There’s me, and Jeremy England.

The takeaways from the previous model and diagram are:

To reiterate, these are all just rough order of magnitude estimates. The models are just meant to prove a point about how these things scale and trend.

The next question is, where is the other 50 percent of the literature coverage? Most of that is going to come from groups underneath this hierarchy–all the researches and all the papers that those groups produce.

There is this sort of family of researchers, institutions, and journals within a given topic or subtopic that you want to be aware of because chances are they’re relevant. You can get most of your literature review coverage from those two segments—top researchers/schools and the groups that form underneath—of your given field, topic, and subtopic. There will be other odds and ends in terms of literature review, and all of this depends on how broad the scope is of your project, how many different interdisciplinary topics, and other factors.

There are more techniques to doing literature review, but I think this covers a couple of nice points. It helps to paint the landscape a little bit better.

Please post any questions or comments in the comment section below and I’ll address them in the next video. See ya!

This post is Part II in our series on Literature Review:

Enter your email to get matched to a PhD Mentor immediately:

Space is limited. Get on the list now for priority consideration.